Performing a Pick and Place Print

This tutorial demonstrates how to create a basic pick and place as well as a smart pick and lace using Intera Studio, and then how to create the same task using Train by Demonstration.

Performing a rain by Demonstration Pick and Place 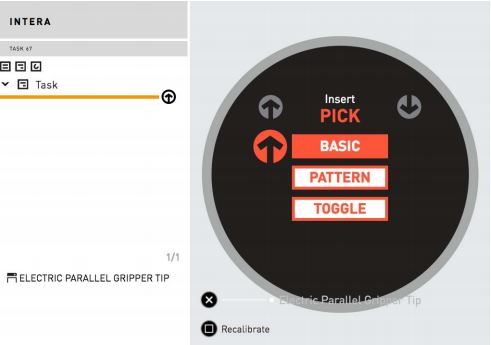 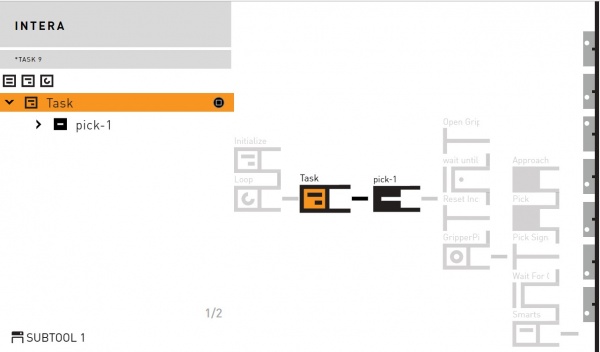 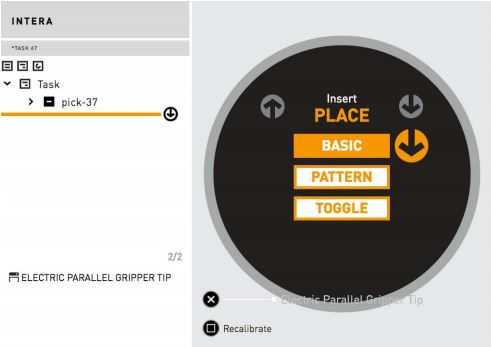 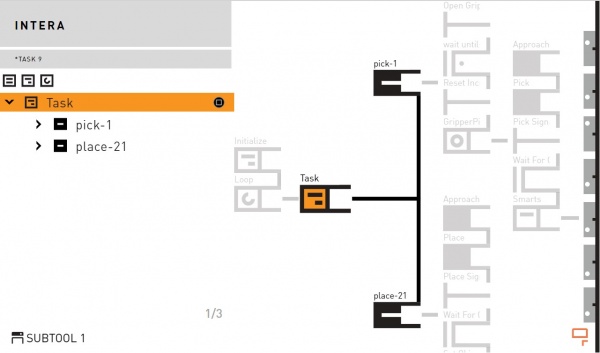 The robot will move to the pick location trained and actuate the gripper. If the part was picked successfully, it will move to the place location and actuate the gripper again. If it did not successfully pick a part, it will attempt again. By default, the robot will try twice to pick a part. This setting can be changed by the user.

Creating a Basic Pick and Place in Intera Studio

This tutorial requires a gripper and a part. 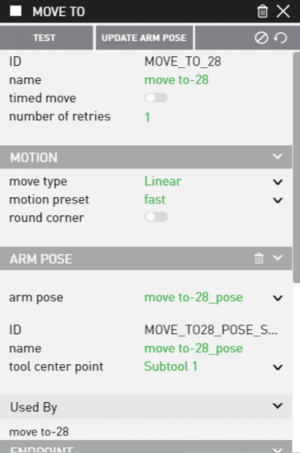 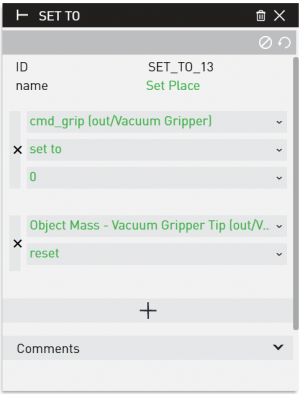 The behavior tree should look like this when complete: 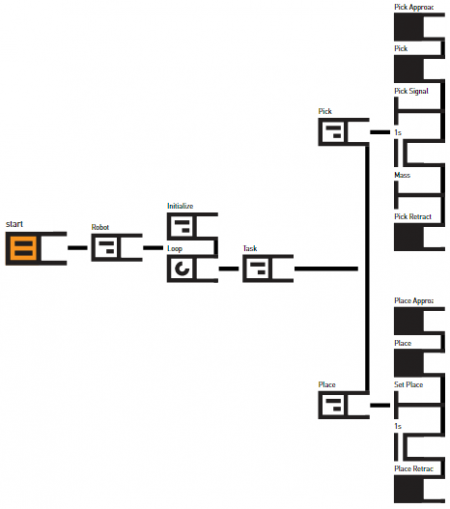 Creating a Smart Pick and Place in Studio

This section demonstrates how to add logic to a pick to determine if the part is mispicked. 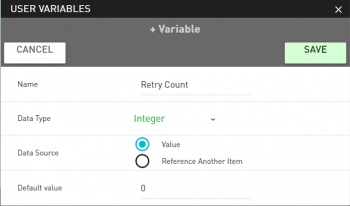 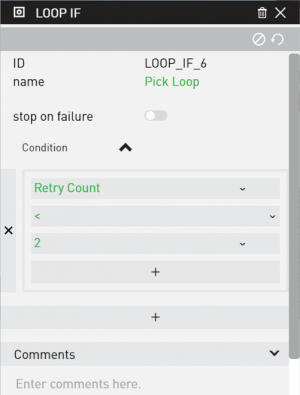 The finished behavior tree, including the place sequence, should look like this: 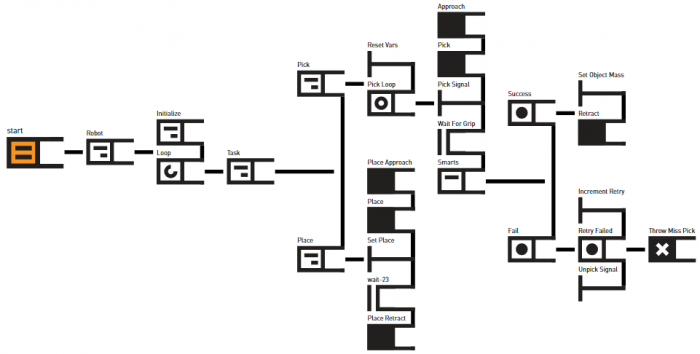