This page describes the sequence node in detail.

A Sequence Node should be used if you want to perform a series of nodes, one after another.

A Sequence Node runs its children in order, from top to bottom.

By default, the stop on failure property in the node inspector is set to false. In this case, a sequence node will run each child in turn regardless of whether the previous child succeeded or failed. Note, in any if an error occurs the sequence node will stop running and return error.

It is important to remember that when a sequence node has stop on failure set to true and a child which is a Loop If, Loop, or Do If can fail, this will cause the Sequence Node to end without running the remaining children. If you have multiple Loop If, Loop or Do If nodes as children of a Sequence Node and you want to continue running the remaining children even if one returns failure, be sure ‘stop on failure’ is set to false (default).

Composite - has 0 or more children, and is typically used to define task structure or logic flow of the behavior tree. 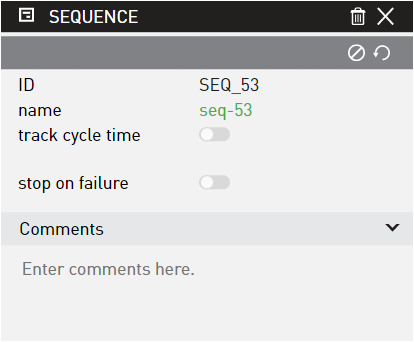 Determines the cycle time of how long it takes to execute the branch; the time it takes to complete all children contained within the sequence node. When turned on, it will create a variable for the specific Sequence Node in Shared Data. 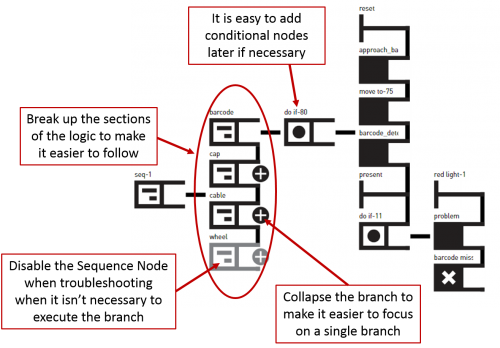