This page provides a detailed overview about the Loop If node.

The Loop If node is used to loop only if the defined condition is true.

If a Loop If node stops running because its condition failed, it will still return success to its parent. Like the Loop node, by default the stop on failure property is set to false. 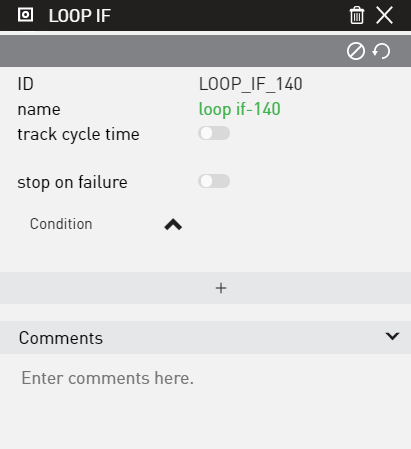 By default this is set to false meaning that the loop will not stop if any of its children return failure. Set this to true if the loop should end if a child returns failure.

clicking the + enables the user to add any number of conditions.

Choose the logic for the variable.

Enter the set point for the variable or value.

The Loop If node is similar to a Loop node, but with the added feature of checking a condition before running each loop. Use this node to execute an action repeatedly while a certain condition is true. 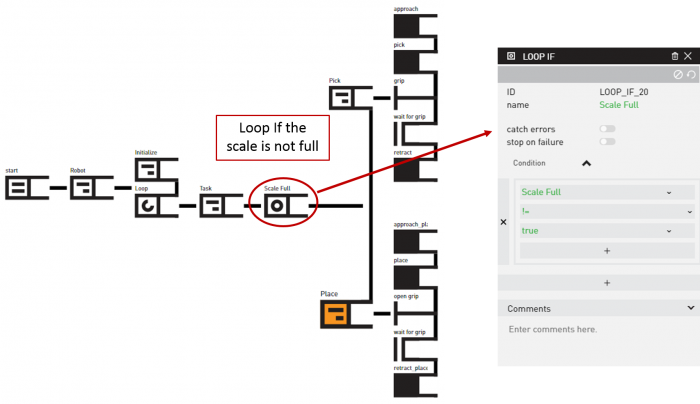