This page provides a detailed overview about the Subtask Node, which will be implemented in Intera 5.5.

The Subtask node allows for better organization and handling of big task. This method allows to create a flexible and complex structure as a combination of multiple subtasks using simple steps. The new structure of the behavior tree must include exactly one task (referred here as “main task”), and optionally one or more subtasks. To enable data passing between a subtask and its parent task, the subtask uses parameters which can be created using the subtask’s User Variables Panel. There are two kinds of parameters: In and Out. “In” type parameters are used to pass data into the subtask, while “Out” type parameters are used to pass data from the subtask to its parent task. This way the parent task can control the subtask and get back a result from it. 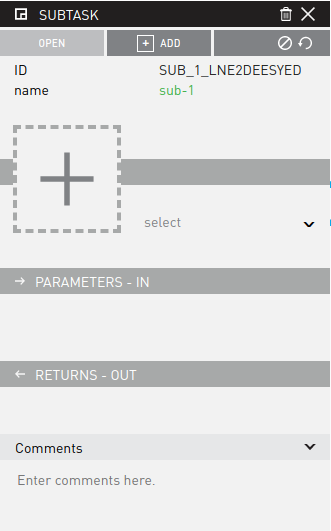 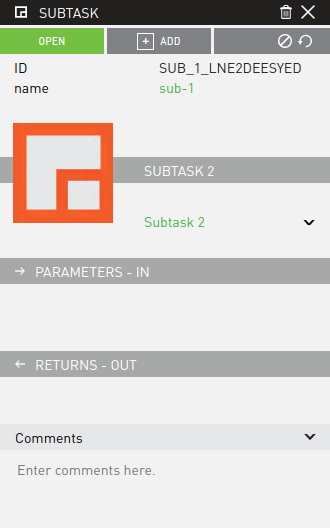 Link user variable or other shared data to subtask’s “In” type parameter.