This page describes in detail the usage of the Frames Panel.

The frame panel displays all frames created and their associations as well as allows the creation of new frames based on the position of the active endpoint. See frames for detailed description of using frames. 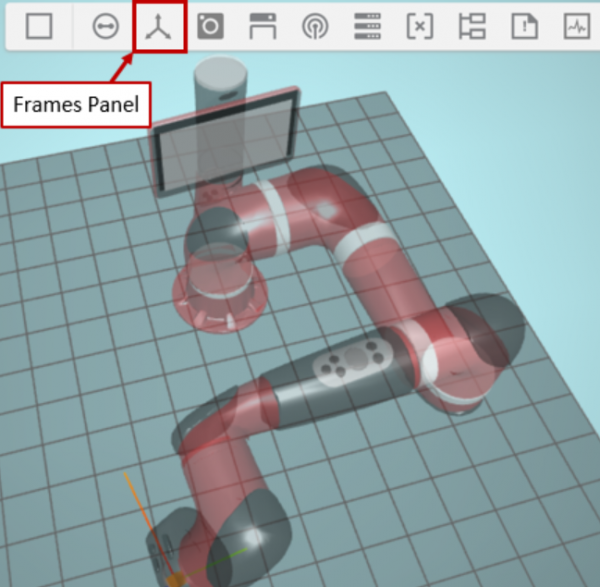 A way to orient the world in which you're working. A frame is a point in 3D space, with x, y, and z coordinates as well as x, y, and z rotation information. Its purpose is to make other 3D objects relative to it by using its coordinate system. A frame is a container that can also have children, which reference the frame as their 0,0 point. As the frame moves, so do the children that reference it. Frames are rendered in the Intera 3D Viewer as planes.

When you open the Frames Panel in a new task, the base frame and active endpoint frame are present.

The absolute 0,0 point at the base of the robot. All other frames are relative to the base frame in some way. It is a constant that never moves and is the parent of every item in the task.

Its 0,0 point is at the end of the robot arm. Its precise location is dependent upon the configuration of the active end of arm tool. 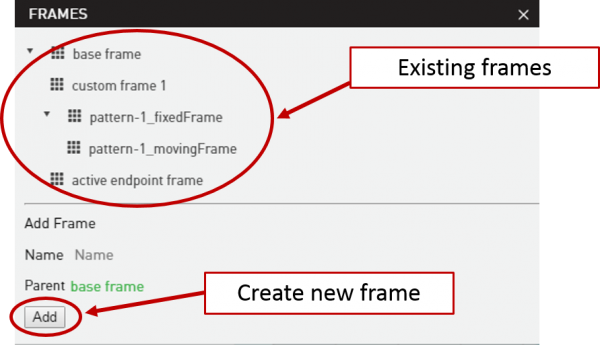 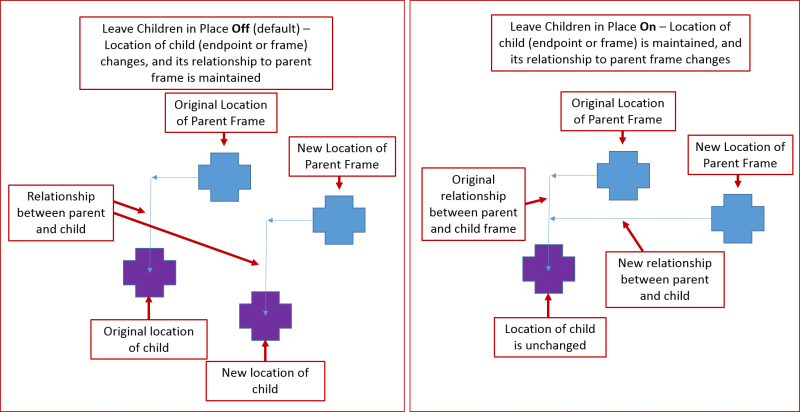 Here is an example of the concept in 2 dimensions: 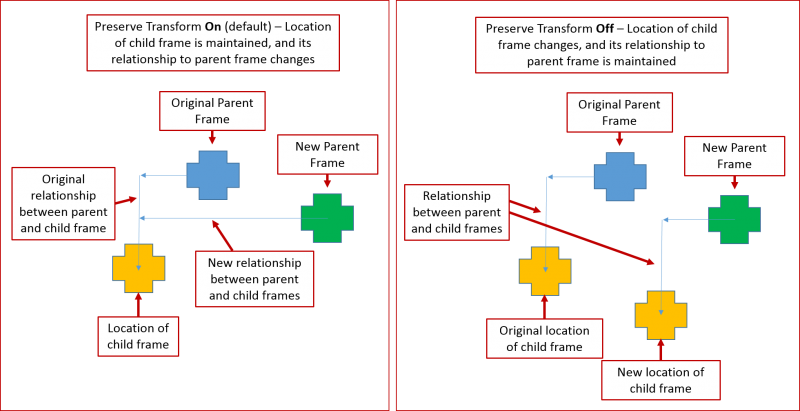 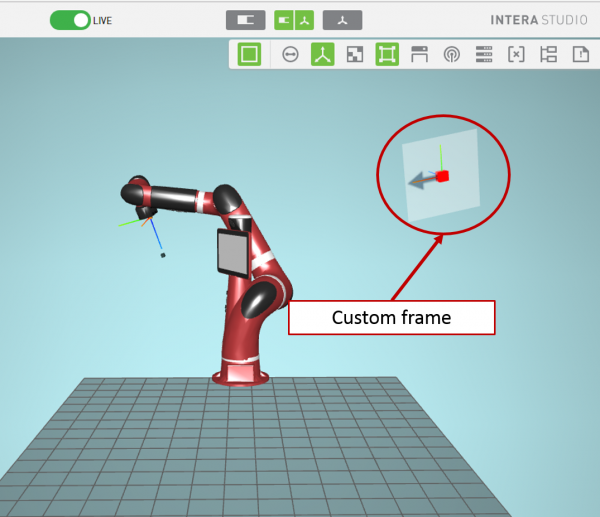