This tutorial provides a detailed instruction of how to use Signals and Variables.

In this example, External Device will be the name of the device that is being newly configured. This device is a Moxa E1212 with 8 inputs (0-7) and 8 outputs (0-7). 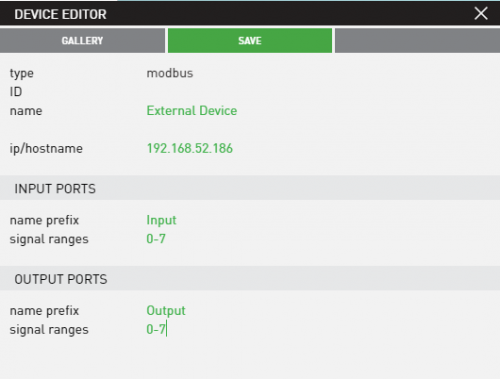 The Signals Panel will populate with all of the inputs and outputs for each of the individual devices that were specifically configured. When setting up the External IO device above, 8 inputs (lines 0-7) and 8 outputs (lines 0-7) were created. All 16 signals will be automatically created and populated in the signals panel.

To edit the name or default value of a signal, click the edit icon next to the signal that needs edit. 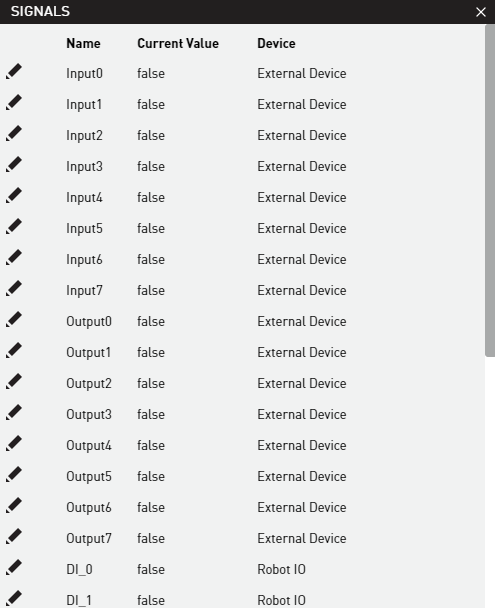 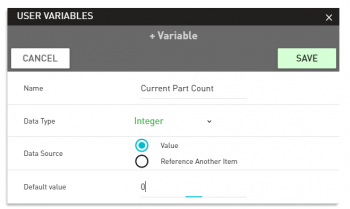 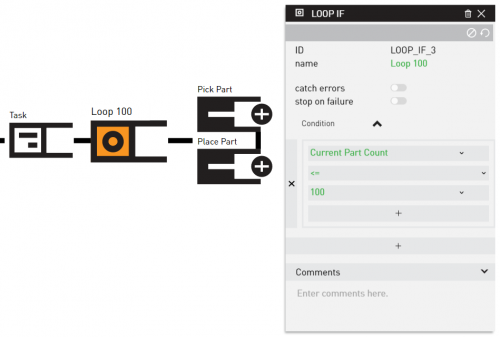 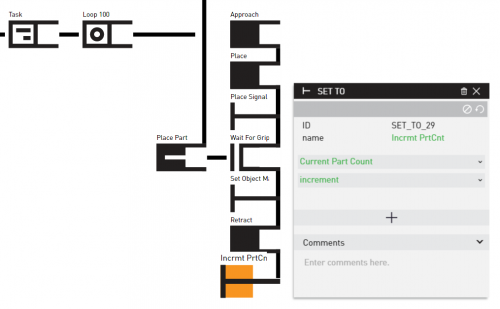 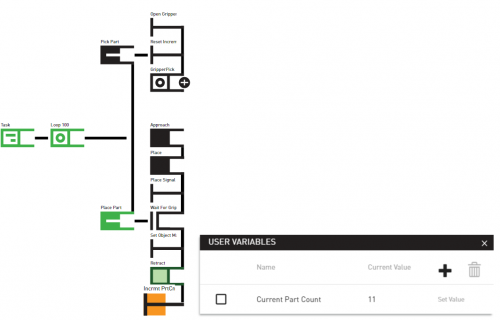 In this example, a simple machine tending load and unload task will be described. The robot will send an output to the machine to start the cycle. When the cycle is complete the machine will send a signal to the robot (input) to unload. The task will loop until part count equals 100. 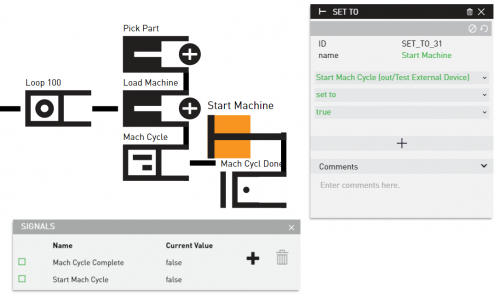 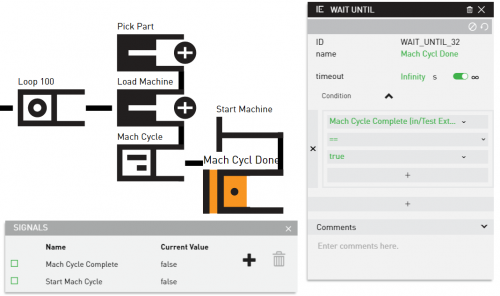 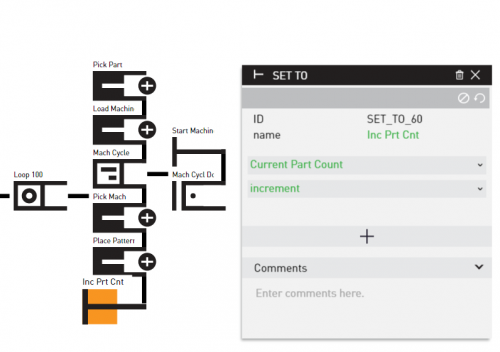 In this example, a simple pick is combined with a 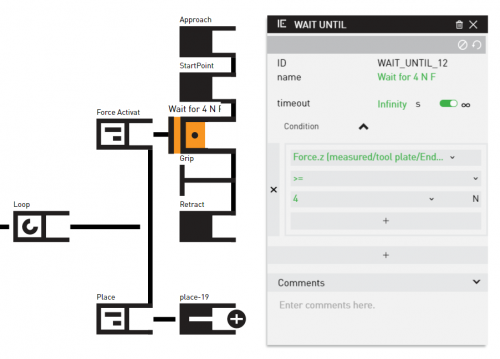 In the initialization sequence in addition to creating safe poses and registering Landmarks, a

Set To node can be inserted to reset all signals to a default state, for example, grippers open and part counts to zero (0). 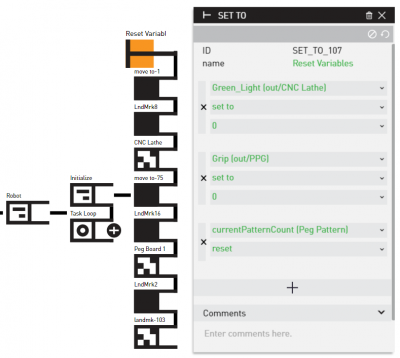