This page provides a detailed overview about User Variables. 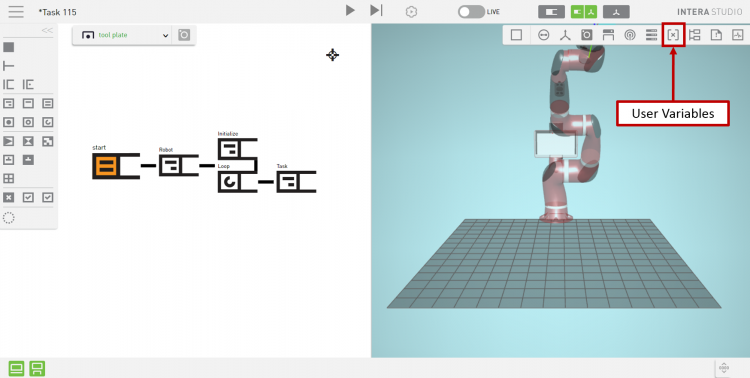 Variables can be used for several purposes, one of the more common is counters and flags to control the flow of logic in a task. Use the Set To node to set variables, and use the Do If and Wait Until nodes to make decisions based on the value of the variables.

At the creation of a task the User Variables Panel will be empty.

Once a variable has been added it will show in the Panel along with its current value or state. It is possible to set the value of the variable from the User Variable Panel by clicking on Set Value and setting the desired value. 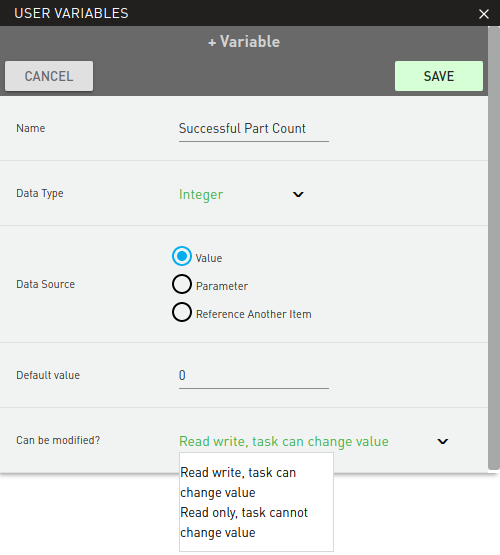 Once all fields are specified, save can be selected. The saved User Variable will appear along with its current value. Immediately after creation this value will be the Default Value that the user set when adding the variable. A User Variable can be edited by clicking on the variable name.

Any subsequent variables can be added by clicking on the + at the top right corner of the panel and following the same instructions as above.