This page provides a detailed overview about the Studio Menu´s reference New.

New (Alt+N) creates a new task on the robot. There are three options to select:

There is also an option to start the task with all devices and tools stored on the robot on or off. 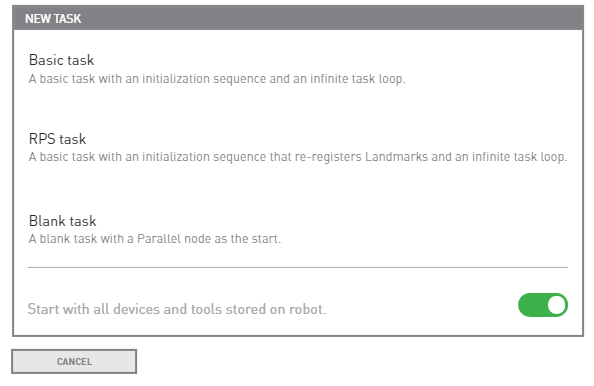