This page demonstrates how to use force sensing on a pick.

This tutorial provides step-by-step instructions for creating a pick sequence that uses the force sensing feature to determine when to actuate the gripper and retract.

The purpose of this tutorial is to create a pick in which the arm of the robot moves in the Z-axis* of the Tool Center Point frame until a force is encountered. 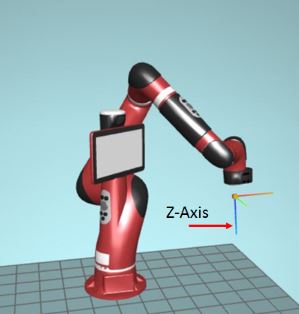 When the force is felt (indicating the presence of a part), the robot will close the gripper and move to the retract position and open the gripper. If no force is encountered, it will retry the pick. 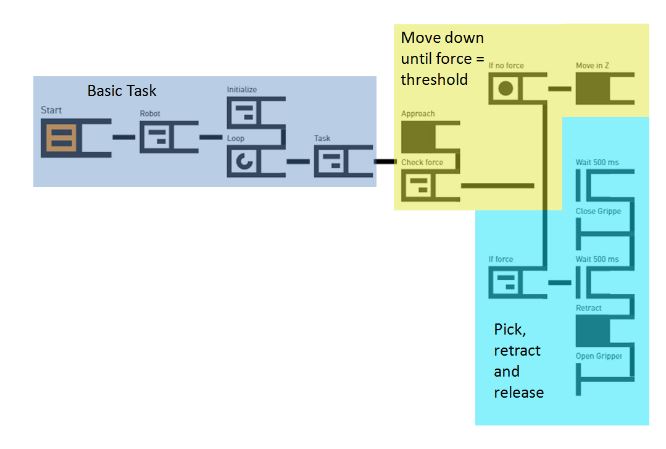 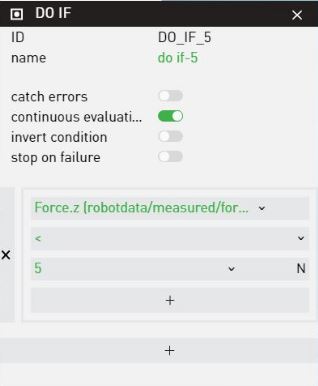 Explanation of the Logic

The conditional node is enabling an action based on the absence of a force, instead of the presence of one.

In this example, when the logic first reaches the DO IF node (“If no force”), the logic evaluates to true since there is no external force on the arm. Therefore, the MOVE TO node (“Move in Z”) is executed. If it moves to that location, the next branch in the logic is executed, which are the pick instructions.

However, if a force is encountered while the MOVE TO (“Move in Z”) node is being executed, the DO IF (“If no force”) node will exit because the “continuous evaluation” option is enabled.

This means the arm will stop at the location where the force is encountered and executes the pick logic.

This is a simplified example to show how force can be used when doing a pick. In a real world application, a sequence of nodes to place the object would also be included.

Also, in this example, the robot will try to pick the part indefinitely. In practice, a retry counter would likely be used. Additional logic can be added which loops through the process and increments a counter each time the pick does not happen. Then the robot stops trying and alerts an operator when it reaches a specific number unsuccessful of tries.

If using a parallel gripper, the fingers should have a stopper on them which are used to control the depth that the fingers will reach before closing the fingers.

Make sure the pick move is slow to avoid a violent collision with the part.