This Tutorial demonstrates how to use the measured force values to dictate what actions the robot should perform.

The measured force values can be accessed at any time on the Intera studio by clicking on the Shared Data option on the Tools Bar. 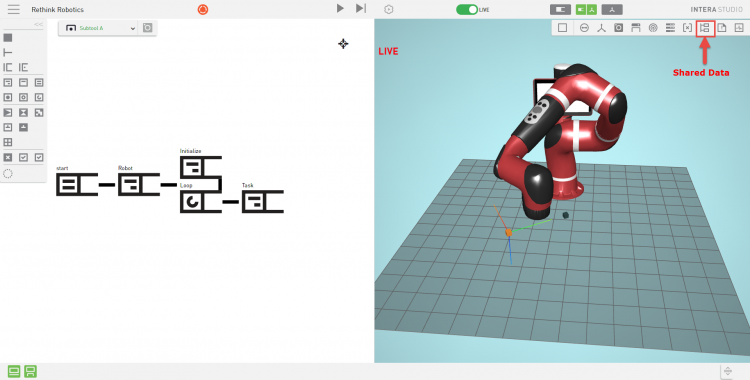 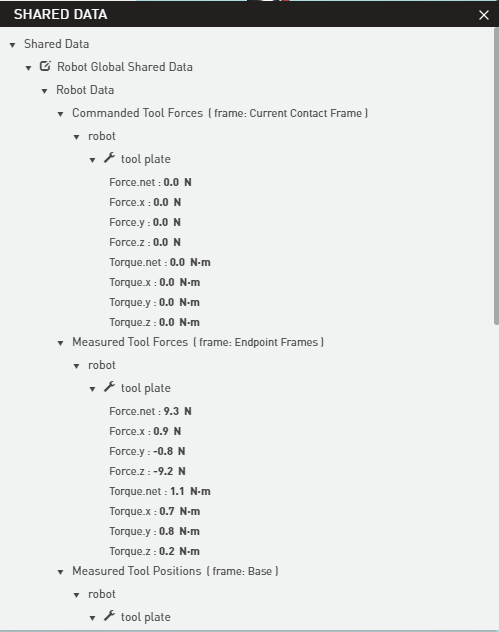 In this example, the arm will move to a safe point and wait until a force is applied on the arm in one of two directions. The robot's next motions will be dependent upon a force being applied in positive X or negative X, felt at the end of arm tooling. 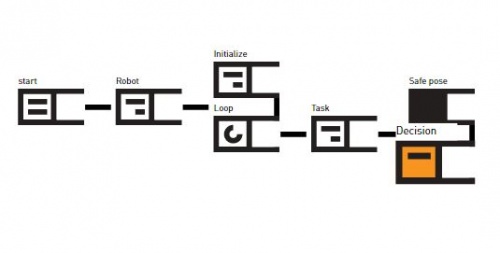 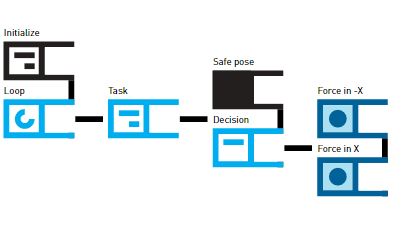 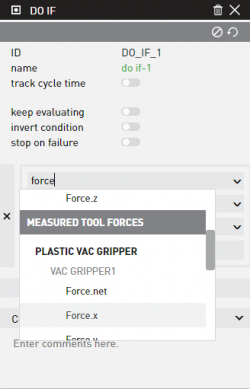 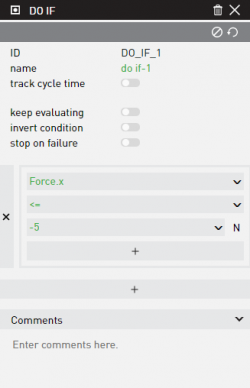 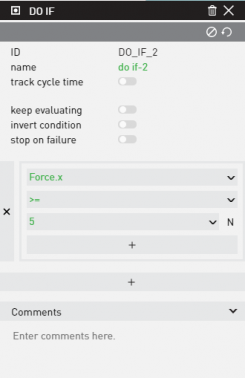