This tutorial demonstrates how to create a pick and place task using the robot´s train by demonstration capabilities and patterns. As with the previous simple pick and place tutorial, this task can be created entirely on the Sawyer´s head screen.

The following 2x3 grid pattern will be used to represent the pick locations and boundaries: 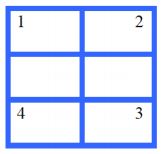 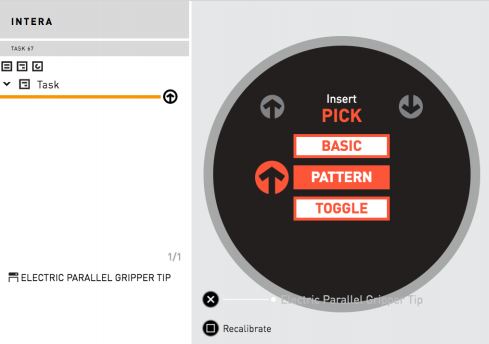 Defining the Type of Pattern 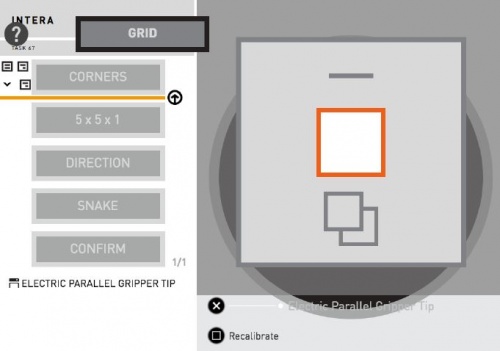 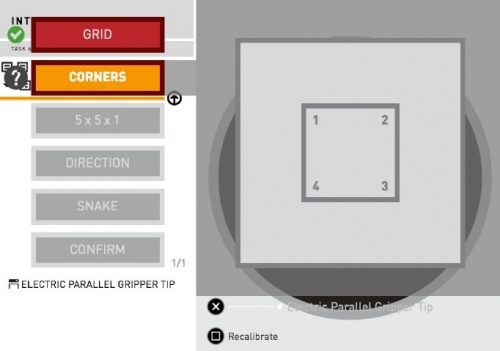 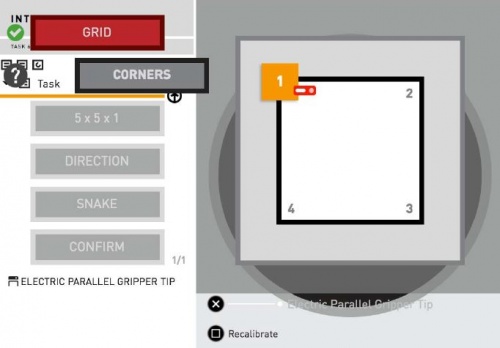 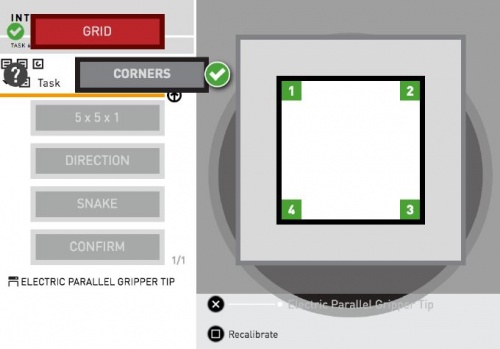 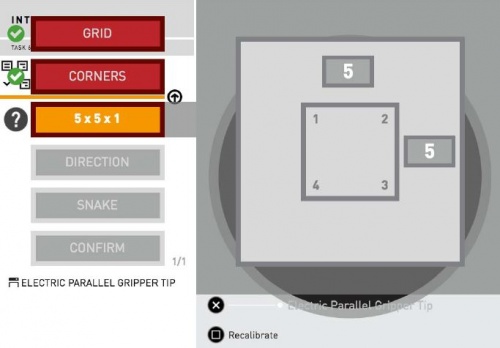 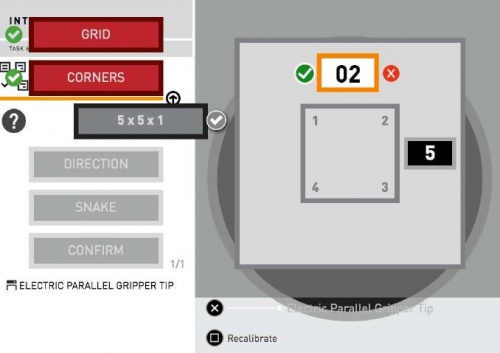 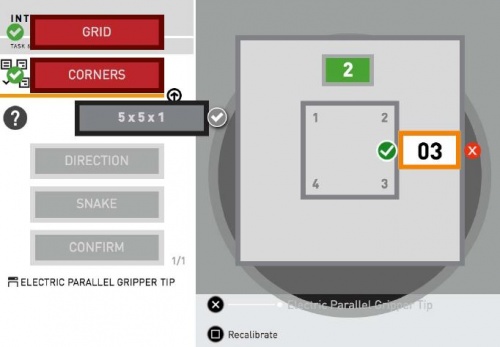 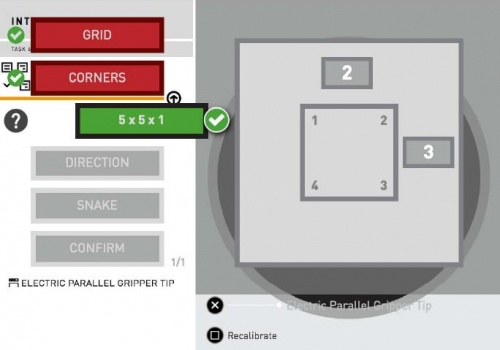 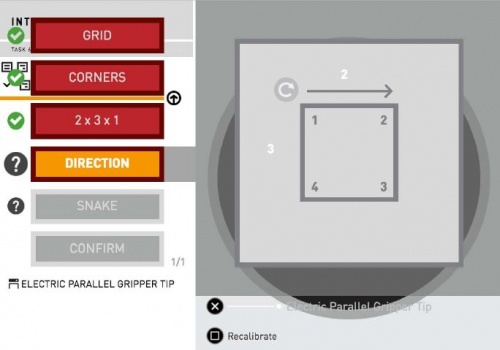 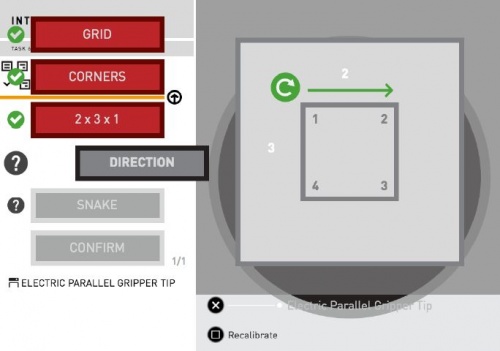 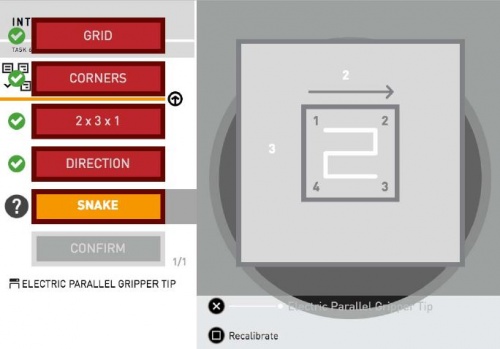 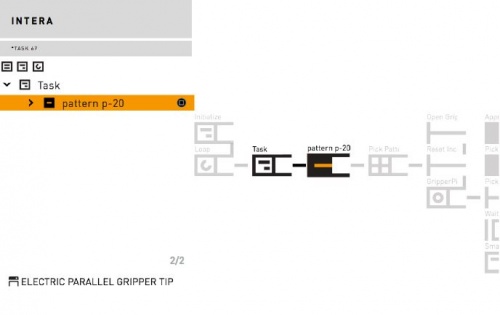 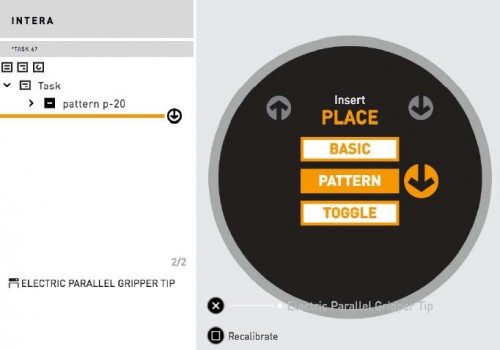 The steps for creating a place pattern are virtually the same as creating the pick pattern. When you have completed those steps, your Head Screen should look much like this one: 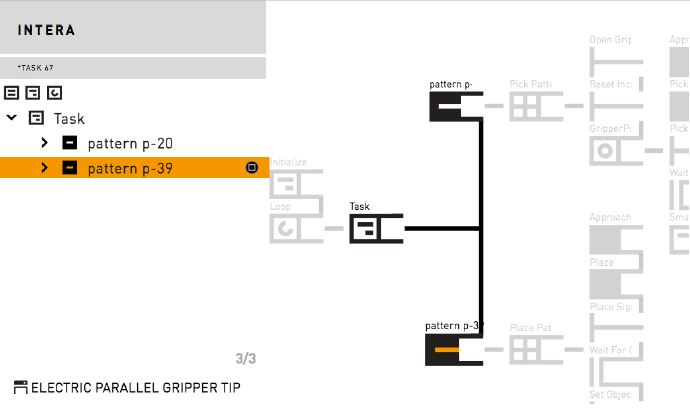 Notice how the parent node for the pick is a pattern node.