This application example provides information on how to create a packaging task that leverages variables and logic to pack multiple layers with a divider. The parts will be picked from a moving conveyor with vision detection and placed into a tote using patterns. 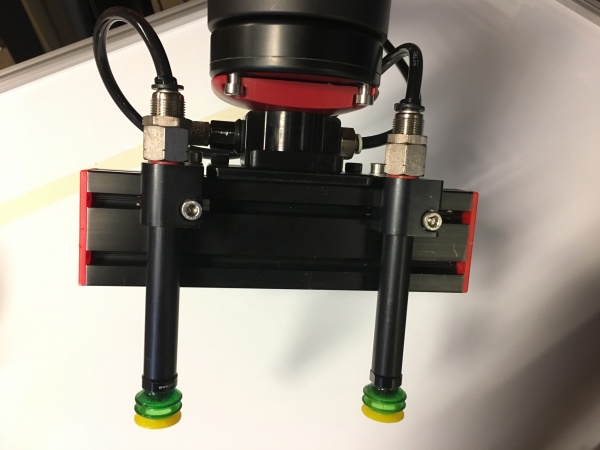 Note: This task was created using Intera 5.0. Some differences may be seen if you are using newer versions of Intera. 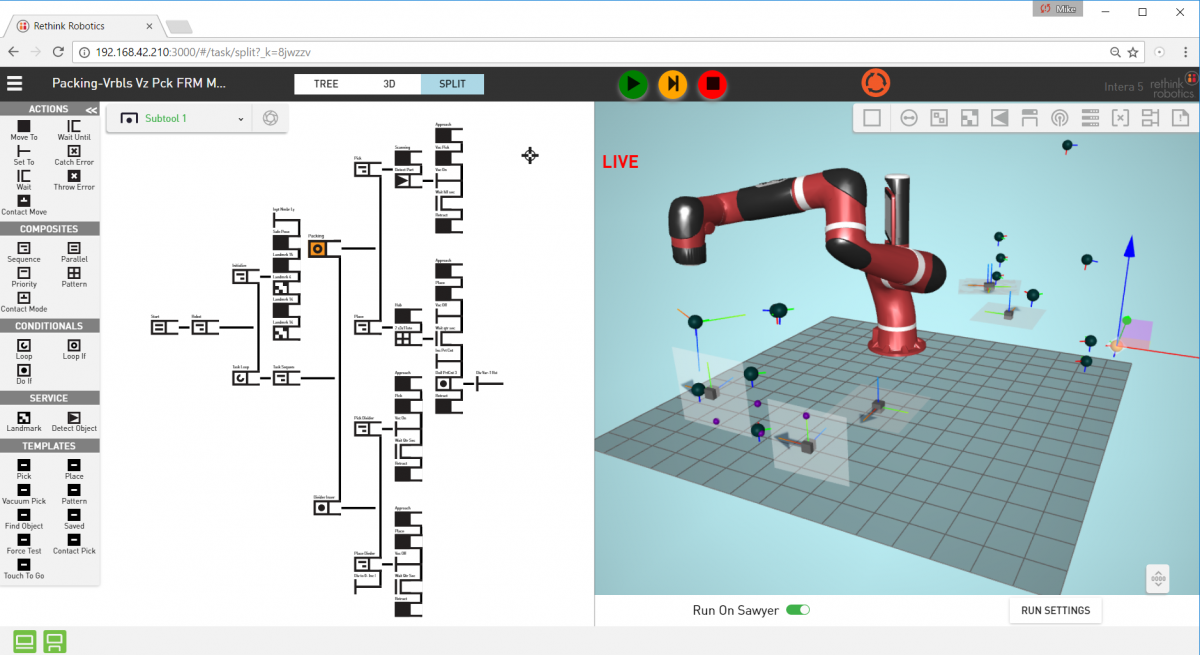 Create and Set Up User Variables 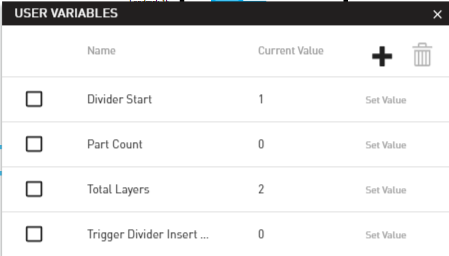 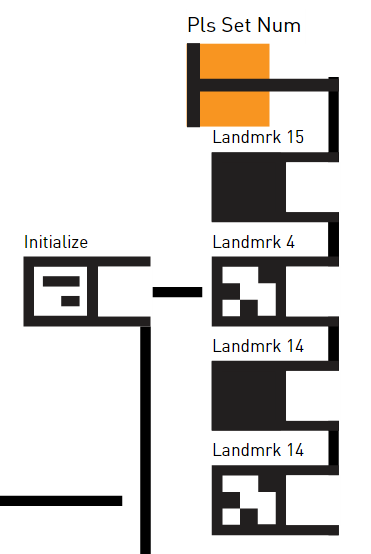 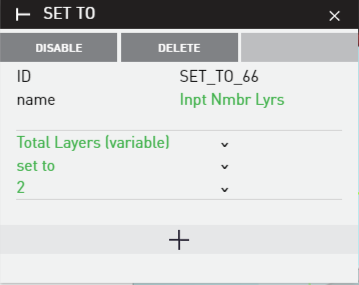 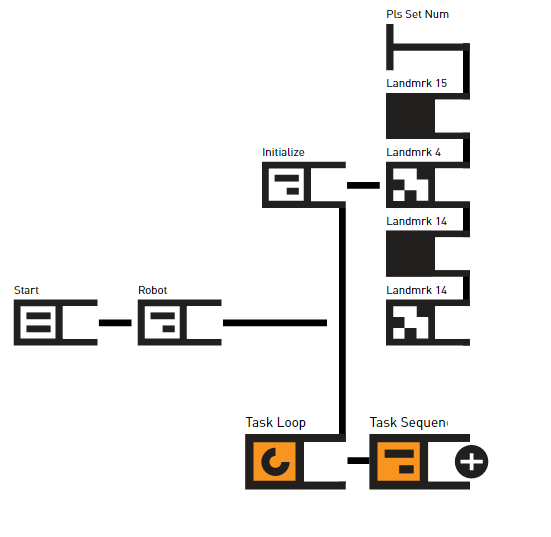 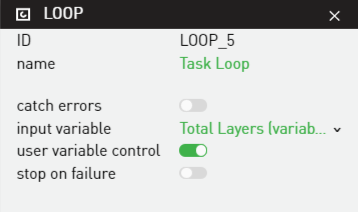 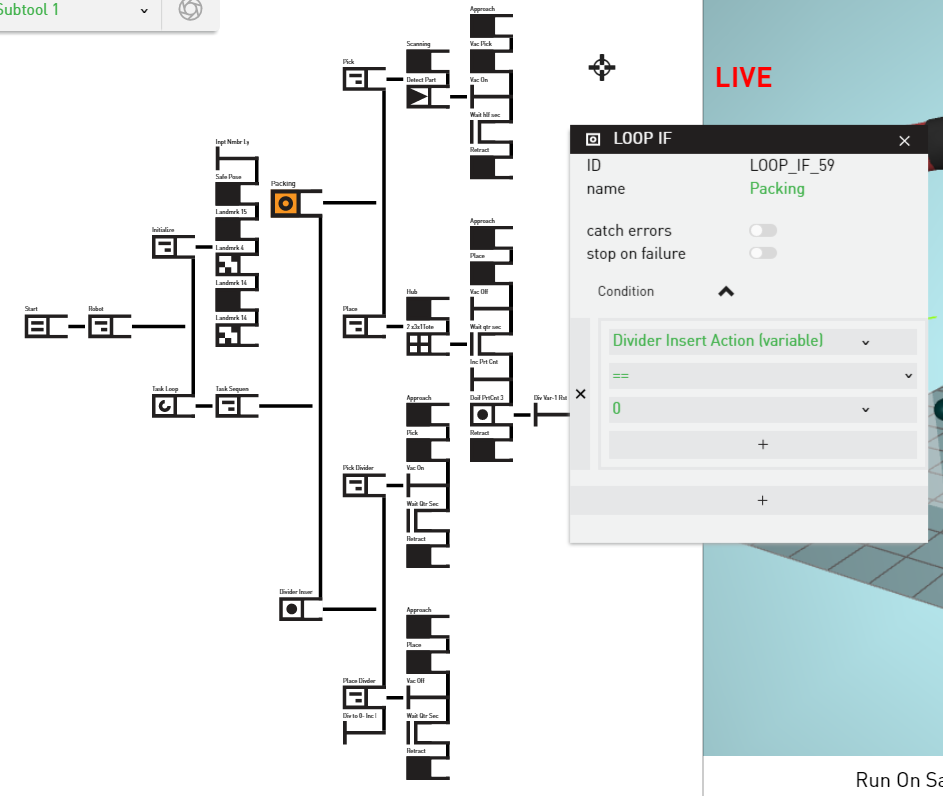 2. In the Place Sequence, a Set To is placed after the place to increment the part count. 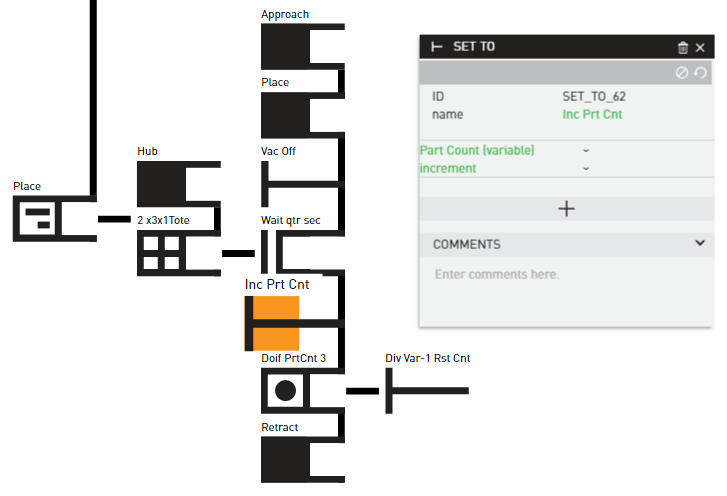 3. A Do If node is inserted after the pick. The conditions of the Do If node will be set so that when the part count reaches 3 it will then set the Variable to trigger the divider insert sequence sequence (Trigger Divider Insert Action). 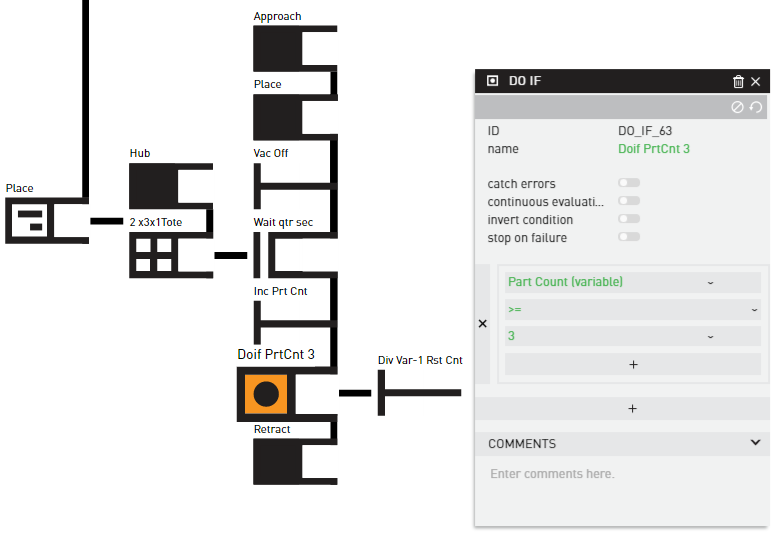 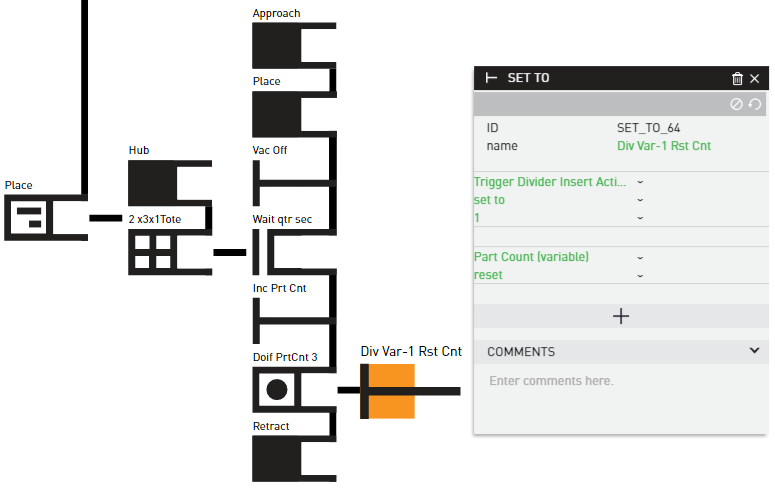 Do If Node – Divider Pick and Place Sequence 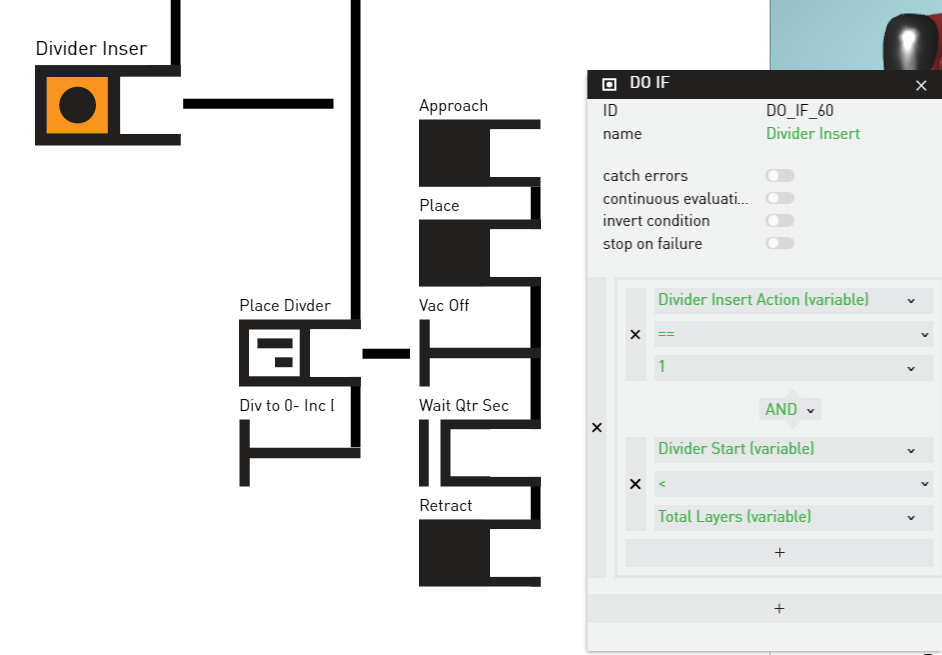 2.Then, after the Place Divider sequence a Set To node Resets the Trigger Divider Insert Action back to 0 to go back into the Loop If part pick and place sequence. It also increments the Divider Start value so that it will always remain one higher than the total layer count so that it will also prevent the task from putting the a divider on the top after the pattern is full. 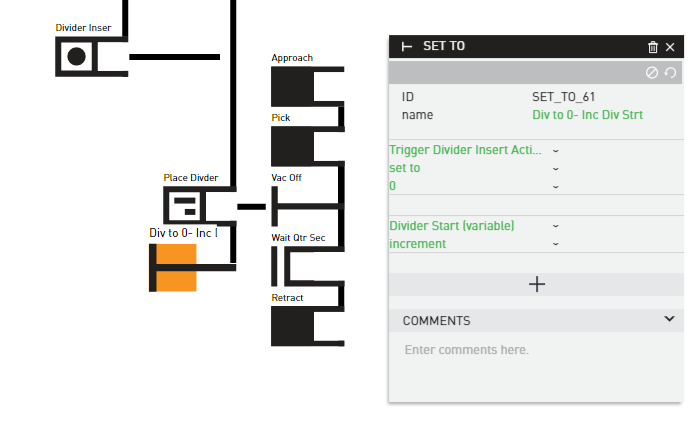