This page provides detailed information of the tending a CNC lathe machine application. 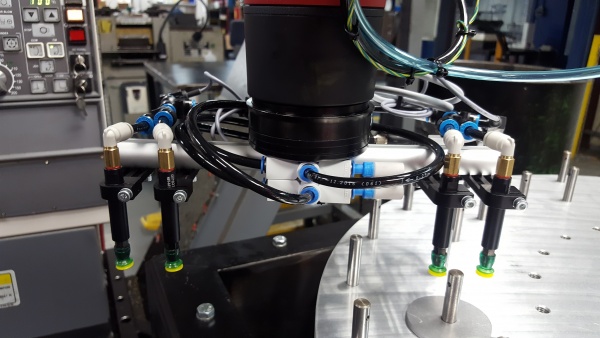 Note: This task was created using Intera 5.2. Some differences may be seen if you are using newer versions of Intera.

All of the signals are configured with a default value of 0 (or false) and all outputs were set to pulse for 2 seconds. A pulse signal was used on the outputs since a PLC was used as the interface between the machine and robot and all latching logic was handled in the PLC. The image below shows the configuration of one of the output signals. 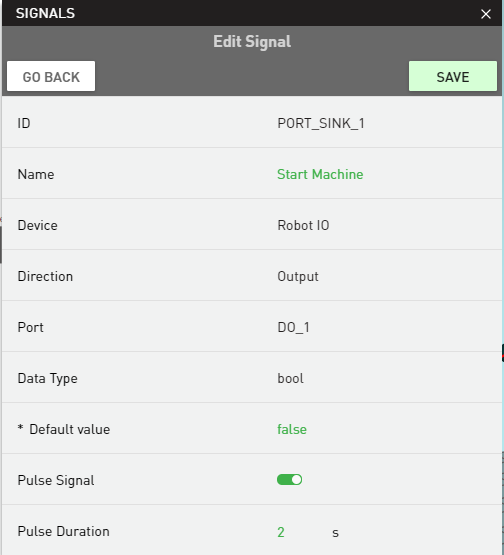 The image below shows the four user variables used in this task along with the default values. 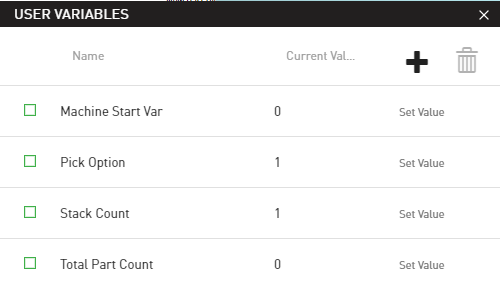 What is Being Displayed 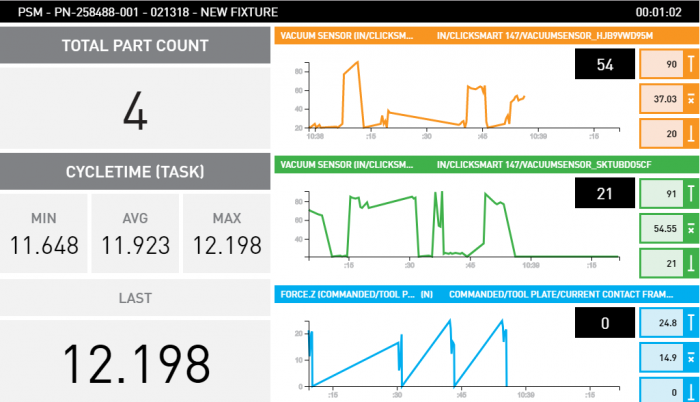 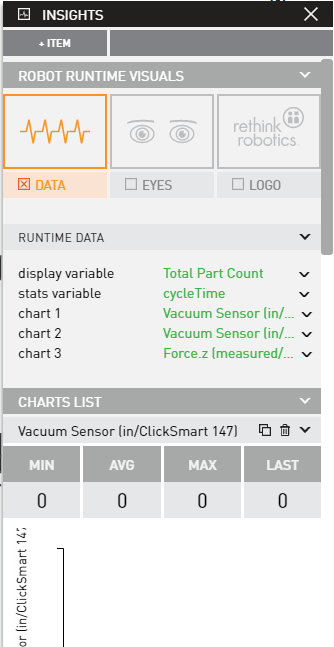 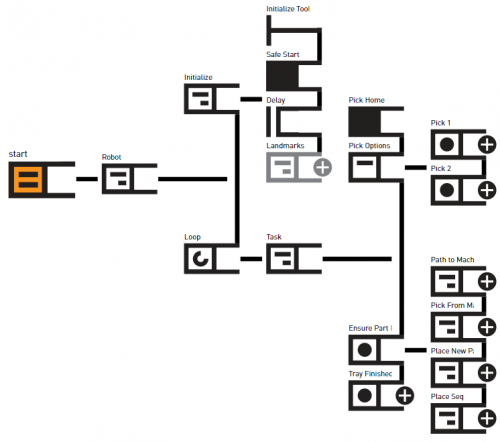 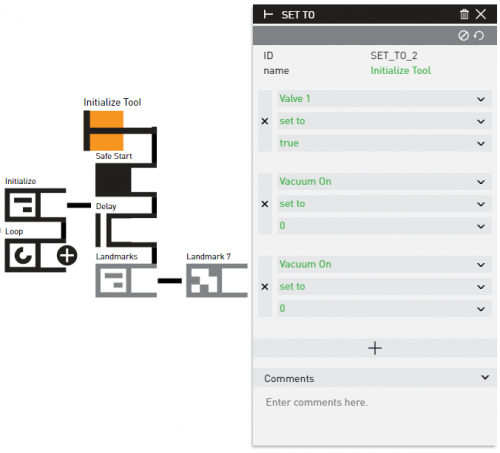 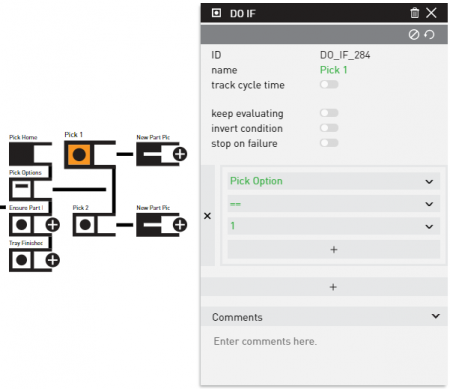 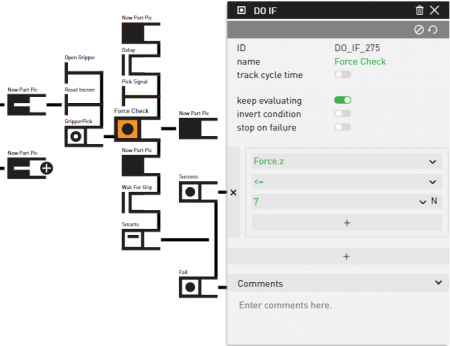 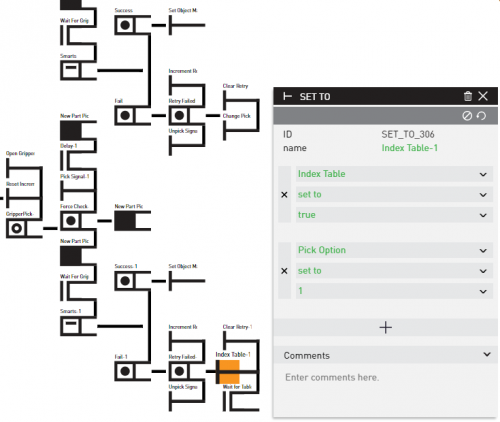 Move to Machine and Wait 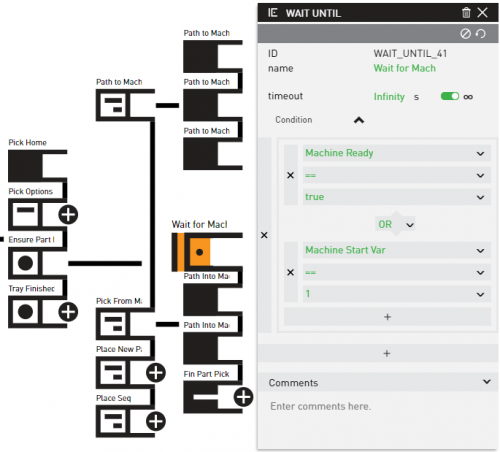 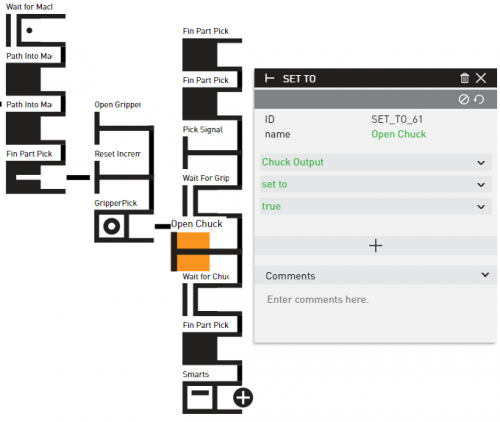 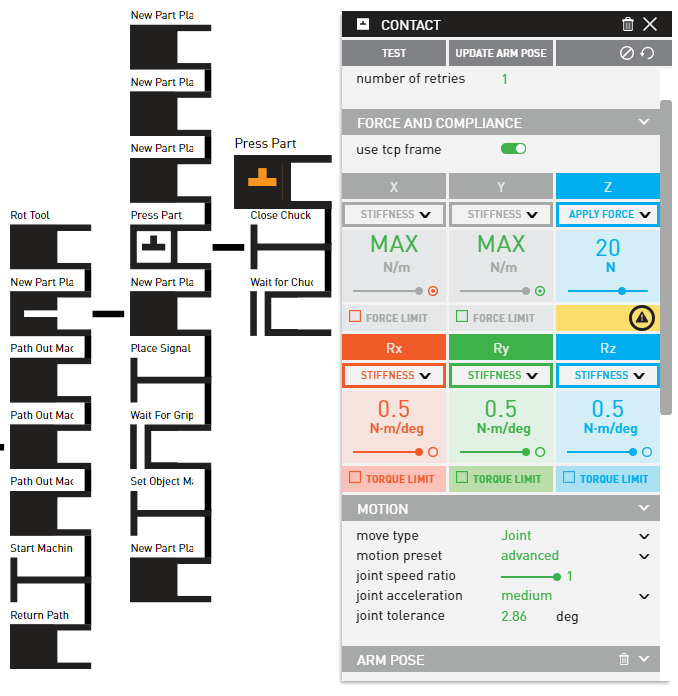 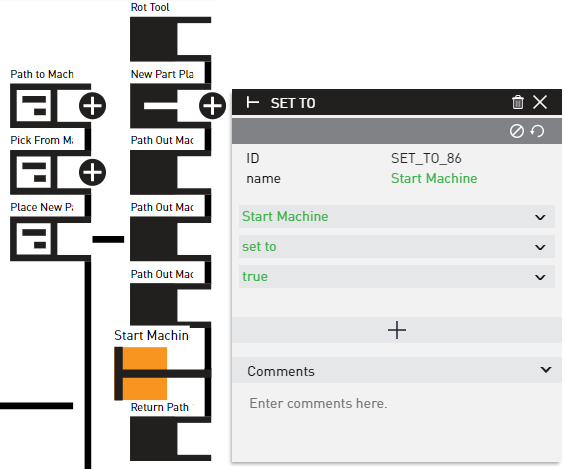 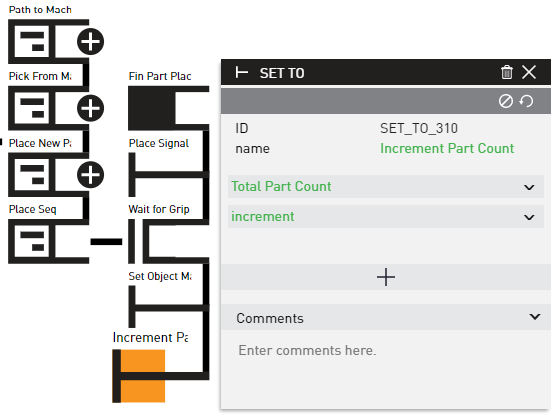