This page provides detailed information about the Robot Screen.

On power up, after the robot wakes, the current task is loaded automatically. To navigate through the robot screen use the navigator button, back button, and Rethink Robotics button on either of the robot's navigators.

The task name appears on the left hand panel on the screen. 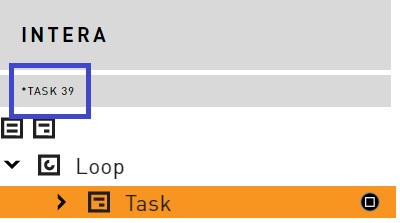 The right hand side of the robot screen is the task Behavior Tree. 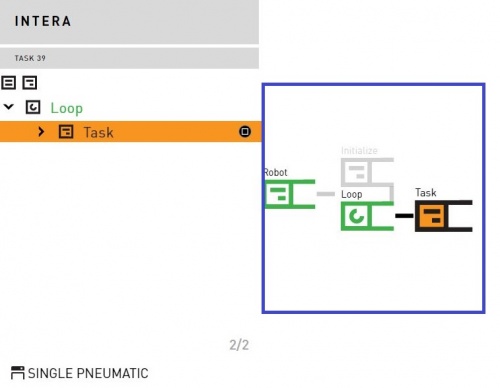 The bottom left hand corner of the screen shows the current active tool.

The Joint position indicators found on the right side of the screen to determine the rotational position of the joints. The White dot in the grey box indicates its current position and the center notch indicates the joint's midpoint. If a joint reaches a joint limit the affected joint will pulse Red on the Joint Indicator. 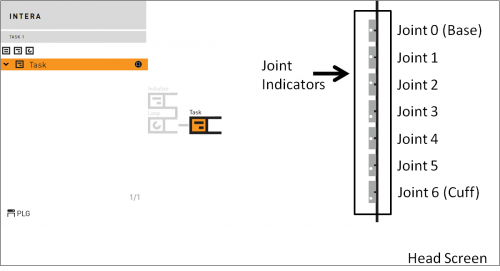 The Head Screen Menu is the main menu for system navigation on the robot's user interface.

on either navigator to pull up the menu and use the scroll knob to navigate through the options.

Click the links below to view tutorials on using the Robot Screen and Train by Demonstration to create and build tasks.

The robot screen can be used to add any of the available nodes to the active task's behavior tree.

Performing a Train by Demonstration Pick and Place

Often referred to as "train by demonstration," the Robot Screen can be used to create pick and place actions for the robot to perform.

Training Patterns on the Robot Screen

The Robot Screen can also be used to create pick and place patterns for the robot to perform. 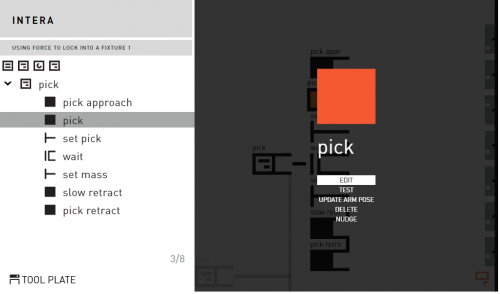 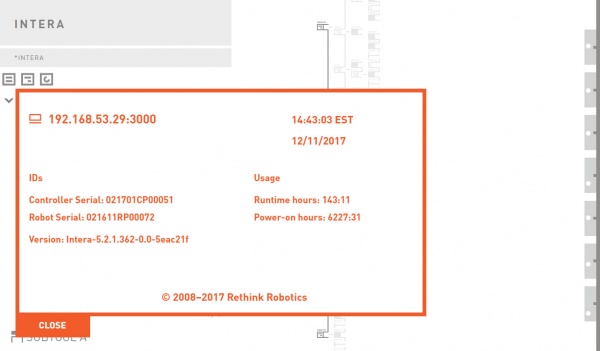 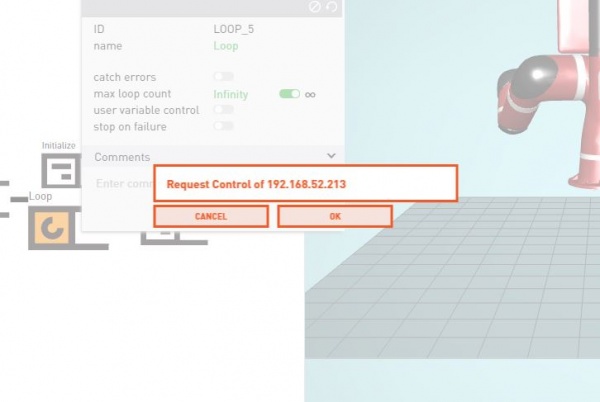 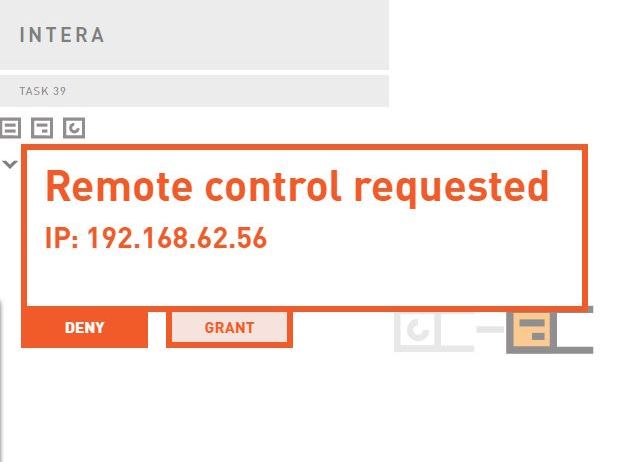 When the E-STOP button is pressed, the robot arm will lose all power and brakes located in the J1, J2 and J3 joint will engage, keeping the arm from falling. The below picture will appear on the Robot Screen, informing the user that the E-STOP has been enabled: 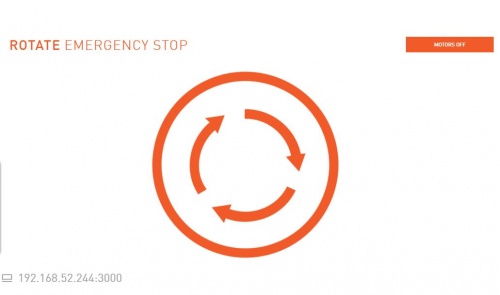 In order to re-enable the arm, the E-STOP button must be disengaged by turning the red E-STOP button clockwise, until it clicks. Once this is done, the Robot Screen will change to this image: 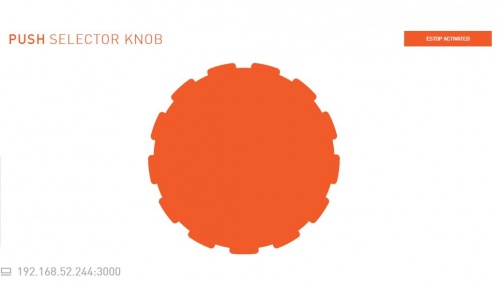 Press the OKAY button on either navigator to re-enable power to the arm. Shortly after pressing the OKAY button, the arm will re-engage and the robot can be put back to work.