Detecting if a part is correctly seeded in a fixture Print

Throughout the manufacturing industry part placement in a fixture has long been a challenge for automation. In many applications it is necessary to place a part into a fixture and, in some cases, once the part is placed the fixture will close or manipulate the part to prepare it for its next step. If this part is not placed correctly, which may happen because of a variety of variables upstream, it could cause damage to the fixturing and/or part when a close action occurs after placement. A solution to this problem has historically been to add more sensors. This could mean setting up 3rd party sensors on fixturing that detects correct position however, that solution entails more parts, more set-up, and more time which all mean more money. Now there is a more streamlined solution, using Sawyer’s built- in force sensing and control capabilities.

In this example I will show how force control and sensing can be added in a task and used to confirm secure placement. The main idea is that once a part is successfully placed in the fixture, it will be constrained from moving in certain directions. By using contact nodes, we can perturb the part in the constrained directions in a force limited move. If the part is in place, it will not move and will not be damaged because the contact move is force limited. If the part is not in place, it will move easily and we can detect that as a misplace.

The task example is an ICT testing rig which picks up a board using vision and places the board in its testing fixture. The testing rig includes a light stack that will indicate to the operator when parts have been placed. If the Robot can confirm secure placement of the part it will trigger a green light, drop the part, and proceed to get a New part.  If it cannot confirm a secure placement the robot will trigger a red light, move the part to another location to be dropped off, then cycled back for a new part and begin the cycle anew.

The information below will be targeted to setting up logic to respond to the Commanded Tool Forces. There will be no information on the vision pick and very little on setting up the place logic. This is designed to give an experienced user a new approach to force sensing.

What this means in practice using this example:

How to use this to evaluate a Good Place or a Bad Place.

Using the information in the section above we can then add in logic that will use the Commanded Tool Forces in the Y direction to determine a Good or Bad Place. To do this I created a Do If which follow the logic below:

When the Robot enters the priority node it will look to see if the Good Placement Do If logic is satisfied, if it is not it will proceed to the Bad Placement sequence.  In my example I had Sawyer return to pick up a new Part if the placement was Good or, If Bad, I had Sawyer place the part that did not get secured in another location. This location could be a place where an operator can inspect the part or back onto a conveyor for Sawyer to try and Pick up again.

In this task, we used commanded forces in setting up the logic. This could have been possible by using measured forces as well, however, using commanded forces has the following advantage, making it a better candidate:

It should be noted that commanded forces should only be used when we are under a contact parent, and otherwise they are set to zero. Measured forces are always available.

The purpose of this post has been to show that it is possible to use Sawyer's Force Sensing and control capabilities to determine whether or not a part has been placed correctly. I also wanted to showcase using Commanded Forces in a useful way. This was developed with the help of Navid Aghasadeghi, Senior Robotics engineer.

Attached below are a number of images.

Figure 2. A focused look at the logic used to determine a Good place or a Bad place. 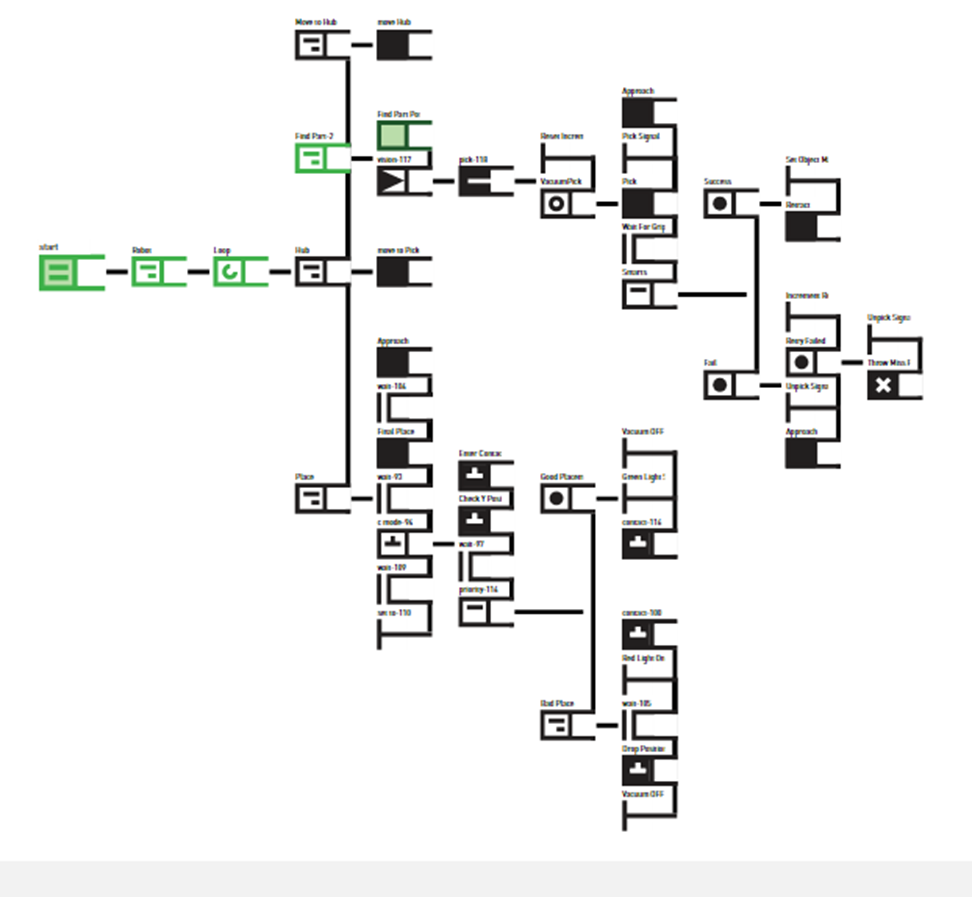 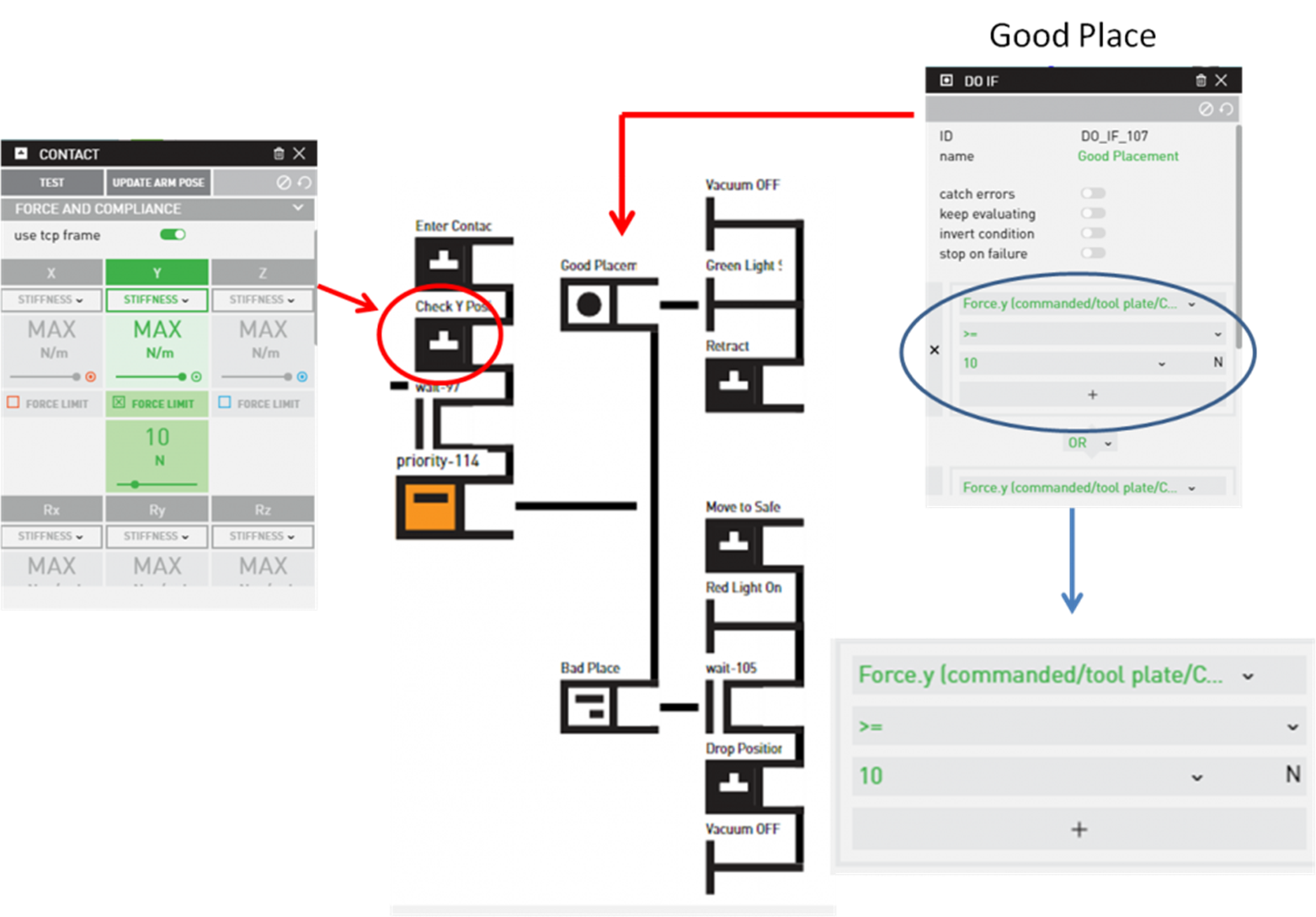