This page provides a detailed example of how to collect data from Sawyer using PuTTY.

Collect data coming from Sawyer and organize that data in a .csv file using Putty.

A computer, which is network connected to Sawyer and able to receive TCP/IP connections.

A network connection can be physical through an ethernet cable or by Sawyer and the computer on the same network.

The computer must have Putty installed. PuTTY is a free and open-source terminal emulator, serial console and network file transfer application. Can be found at Putty.org.

PuTTY is now all configured. Clicking Open will open the connection and the connection window will appear. This will show all the data coming in but it will also be logged in that file we have named previously.

Now the PuTTY is connected to the Robot. This can be confirmed by;

Sending Data in a Task

Data can be sent to Putty while a task is running. To send Data use a Set To at a specific point in a Task. The point where the Set To is placed is the exact place the data will be grabbed from the robot and sent to PuTTY.

For this Example, both Output Signals need to be defined as Integers. 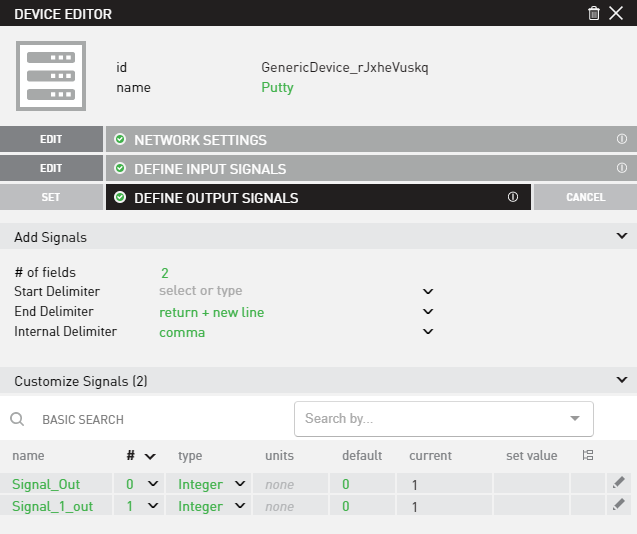 Additionally, an User Defined Variable needs to be set up as follows: 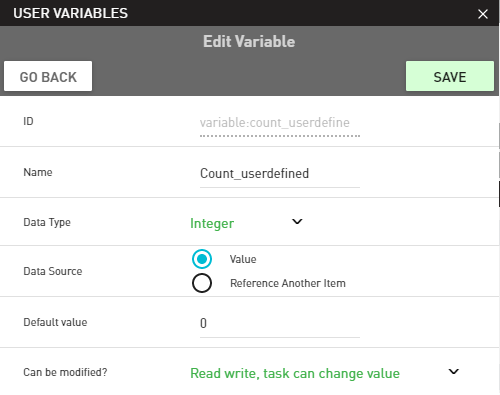 Configure the Set To -1:

Configure the Set To -2:

Adding a Wait node, that is set up to 1s, will complete this example task.

Each second, the timestamp as well as the user-defined variable Count_userdefined are sent to PuTTY, delimited by a comma, as shown below: 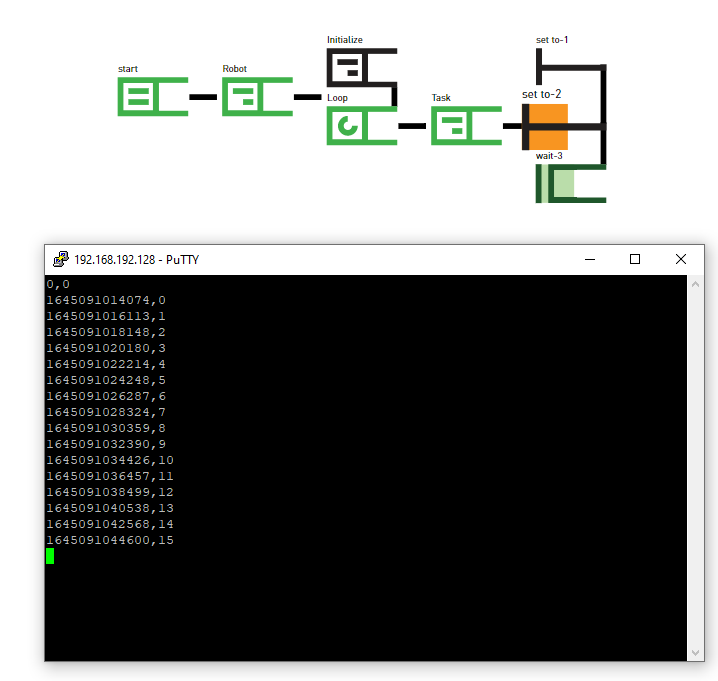 After termination of the task, the log file is saved at the desired and predefined location and can be imported by an appropriate program, e.g. Microsoft Excel.